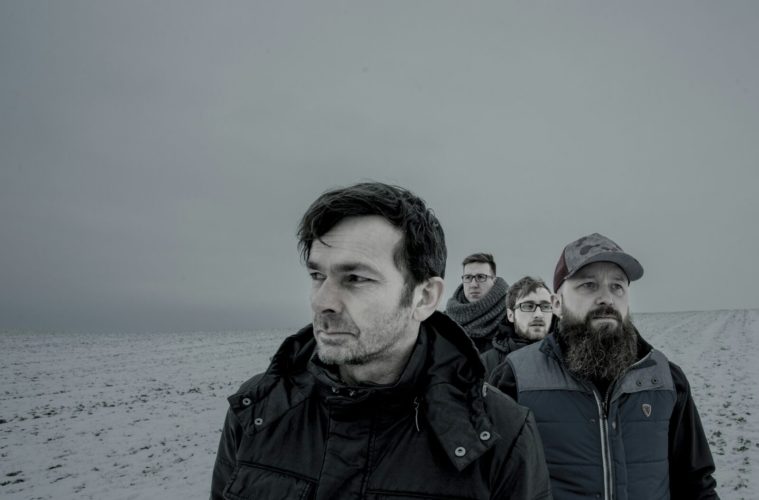 With two albums, a tour in the U.S. and a former deal with Warner under their collective belt, Frühstück is among Poland’s finest when it comes to sensible, emotional rock. If U2 had formed in Wroclaw instead of Dublin, they might have sounded just like this.

Frühstück (‘breakfast’ in German) started out in 1997 and, in spite of everything you just read, they reckon they are “generally more into American rock than UK rock”. Anyway, the band has toured extensively in Poland, all of Europe and, in 2005, they even embarked on an American tour. They also released two albums ” that were received very positively by press and the public” over the three years they were signed to a Polish label distributed by Warner. In other words, they went pretty far professionally. Nevertheless, when their record deal ended, they “decided that [they] would prefer to enjoy the freedom of being independent for a while”. Which is when they turned to jamendo.

The band made made several EPs, two of which are posted on jamendo. “We liked the idea of distributing some of our songs in this way. For us, music is a way to communicate, and through sites like jamendo, we have a chance to reach a broader audience. There is something beautiful about proactively sharing your music instead of it being stolen.. Next, after the new album is out (and U2 is left raging they didn’t come up with such brilliant tunes themselves), Frühstück is planning to “be more present on Polish radio and on rock festivals”, and generally to “play the maximum amount of concerts we can handle”. That might include another U.S. tour, as well as “joining a befriended band on a Japanese tour.” Way to go. bio. 1997. The beginning of the band in the line up: Martijn Krale – vocals (dutch guy living in Poland, former bassplayer in No Longer Music based in New Zealand), Wojtek „Los” Karel – bass (formerly active in Ocean and Freak of Nature), Daniel Kulik – guitars, Tomek “Scottie” Kuzbik –drums. Later Piotr “Kopara” Karel joins the band on guitars… November 2000, the first full length CD: “mine” is released. Special guest appearance by Guzik, well known in the Polish music scene from bands like Homosapiens and Flapjack. Frühstück starts to receive airplay on local and national radiostations, among them the popular Polish Radio 3. National TV1 airs the videoclip to “Hold Me” from the “mine” CD. December 2000, Frühstück is named the best debiut of the year according to Gazeta Wyborcza. In the years 2000/2001, Frühstück is very active with live shows nationally and internationally. April 2003, the release of the second full length CD: “muza”. July 2003, as a first polish band on three major US festivals: Cornerstone, Sonshine Festival and Lifest. July 2003, both of the CD’s become available for distribution in the US through American independent label Youngside Records.