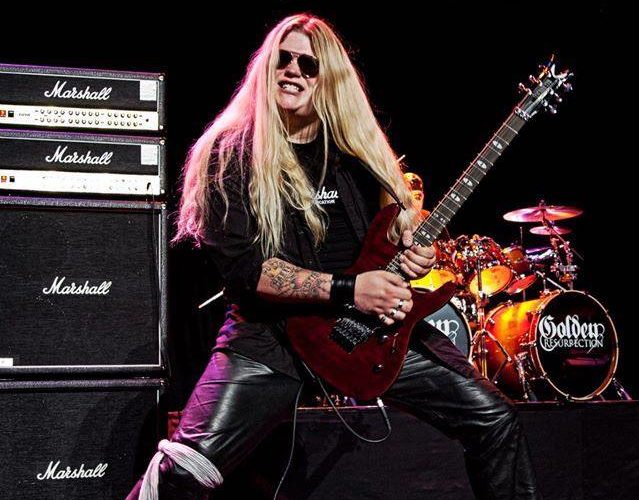 Tommy ReinXeed’s services as a great composer and producer are now known worldwide and his reputation is growing stronger. Between the age of 19 to 26 he has recorded and released 21 albums in Japan, and can you hear him play and sing on more than 35 albums.

Besides the last ReinXeed album he has also produced the debut albums by power and heavy metal acts PelleK (Norway) and Charlie Shred (Sweden) and he’s gotten offers worldwide all of the time .

Tommy’s productions are remarkable with passion and fire and personal touch. These albums will satisfy thousands of metal heads all around the globe.

Alongside ReinXeed also gets good response in Scandinavia for the conceptalbums ‘Swedish Hitz Goes Metal’ where Tommy ReinXeed has worked out cool metal versions of songs originally written by ABBA, ROXETTE & ACE OF BASE. Tommy performed prime time on national TV in Sweden in front of 2 millions viewers on TV and 30.000 people in the audience. The videos for the songs Money, Money, Money (ABBA) & The Look (Roxette) have also reached over 100.000 views on youtube.

One of the biggest metal bands from Sweden (Sabaton) even contacted Tommy ReinXeed to be part of the band as their new leadguitarist. Ofcourse Tommy was flattered but he turned down the offer to focus on his own career with ReinXeed and as a metal producer.

Since the end of 2013 he has been on a break due to stress and being burned out. This becoming so bad he was forced to cancel two tours in Europe and a huge Festival in the USA. But after almost 3 years of resting and taking it easy he’s finally back on stage.