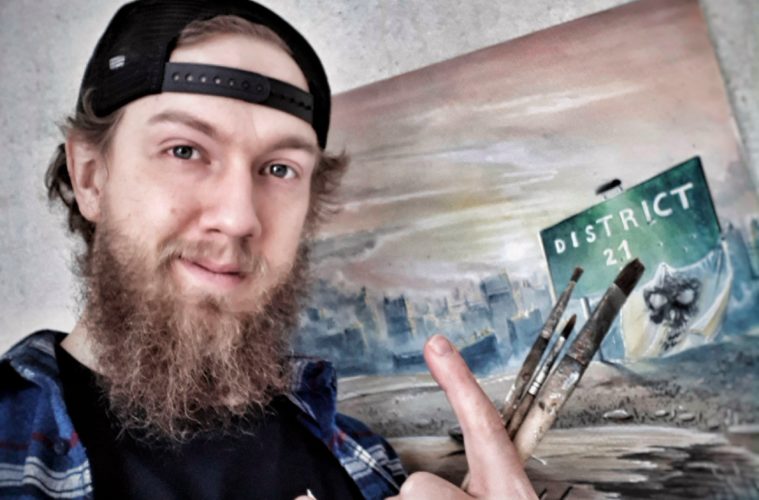 Timon Kokott (DE) is an educated full-time scene painter and a freelance artist, who does everything a band needs.

Timon Kokott was born in Germany in 1984. Since he fin- ished the scene painting education in early 2006 he has had a job doing this at the Landestheater Detmold, Germany.

Out of his passion for extreme music and the love for its lay- outs he painted his first covers for several local metal bands since 2006.

In 2012 Timon did his first spontaneous painting at the Elements of Rock Festival in Uster, Suisse. Since that moment he has been doing spontaneous music- inspired paintings and capturing the progress in timelapse videos.

In 2015 Timon Kokott ArtWork was officially established and Timon made himself available for everyone who needed some commissioned artwork. Such as a cover or a full layout for a CD, a LP , a shirtdesign, a bandlogo…

On the Rock Alive festival Timon will be capturing the spirit of the day in a painting.