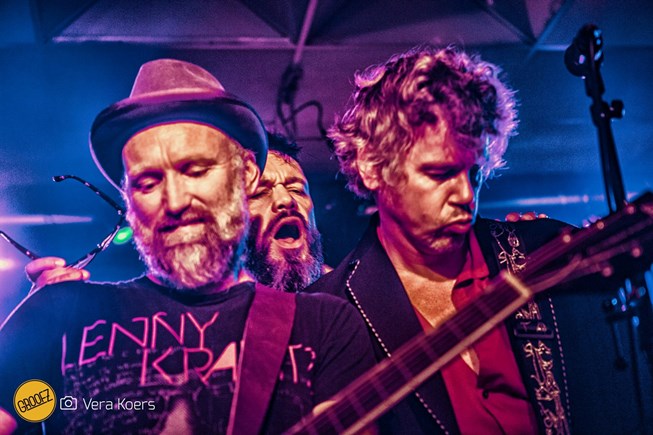 Be like the Moon, reflect the Sun! Steaming rock with our feet in the mud. Sometimes rough and profuse, sometimes unas- suming, but always with an energetic liveshow.

Moonradio played on differ- ent venues in the Netherlands, Belgium and end 2011 they went for a short tour to Pitesti, Romania. Meanwhile they kept working on new songs. The cd/ ep ‘Is it Real? was launched in 2013. In the end of 2017 the band released ‘Peace’.