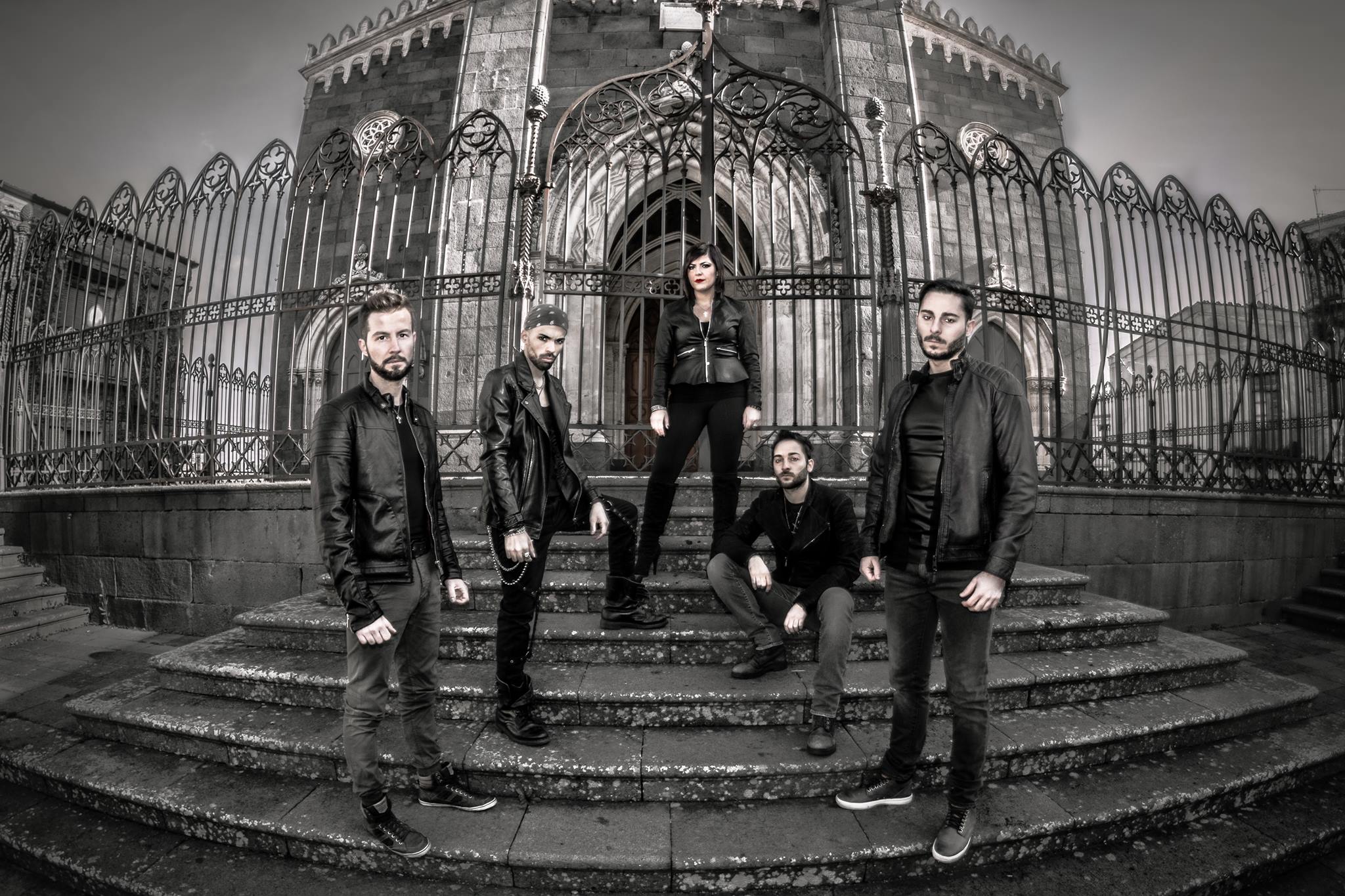 Hypersonic formed in 2006 by Salvatore Grasso and Emanuele Gangemi. After a couple of weeks, the line-up stabilized with the arrival of Maria Rita Randazzo on vocals, Francesco Testai on keyboards and Giuseppe Carciotto on bass. The result of their music is a perfect combination of powerful melodies and heavy metal. Various circumstances lead after the exit of Maria Rita and Giuseppe, promptly replaced by Vera Romeo (vocals) and Francesco Caruso (bass). The band in 2007 made his first demo (“Demo 2007”) containing the first pieces composed by the combo Grasso-Gangemi. Nextly, Hypersonic separate themselves from the singer Vera Romeo and welcome to beautiful and powerful voice of the new singer Alessia Rapisarda. In early 2008 the band released their first EP entitled “Inspiration Is transpiration”, receiving good responses from magazines and various radio promotion.

In the months following Francesco Testai leave the band for personal reasons and as far away from the project. Is readily replaced by keyboarder Dario Caruso (Francesco’s brother) and finally stabilizes the line-up, creating numerous live shows and participating in festivals. Between April and March of 2009 the band entered at Tower Hill Studio (CT) to record their first album “Fallen Melodies”, mixed by Luigi Scuderi and Salvatore Grasso and mastered by Riccardo Samperi at TRP MUSIC Studio (CT). In December 2010 Hypersonic was released online the new single “Rebirth” extracted from the album. In January 2011, the band sign a record deal with the historic Italian Metal label Underground Symphony for the release of their debut album “Fallen Melodies”, scheduled for January 31th.

The album received a great consensus across Europe and not just in terms of reviews and sales, especially the latter concentrated in France, Germany, Finland and Japan.
After the official presentation of the album and concerts to promote, the band participates in March of 2012 at the prestigious International Festival of Christian Heavy Metal, Elements Of Rock, which takes place every year in Uster in Switzerland, enjoying great success among insiders works and fans. Hypersonic have also the honor to share the stage with rock bands such as Barren Cross, Crimson Moonlight, Dark Sky and A Hill To Die Upon.

In the same year participating in the famous festival hard rock/metal made in Catania, We Rock Fest, along with the famous singer of Rhapsody Of Fire, Fabio Lione and other bands of the Sicilian landscape. Still in 2012, in September, are the headliners of the festival, Femetal Night Alliance, with Refuge Of Dream and Concept Of Dream, festival entirely dedicated to female voices. Currently, Hypersonic, in addition to promoting concerts with the album “Fallen Melodies”, are engaged in the composition and pre-production of the new album expected in 2016.