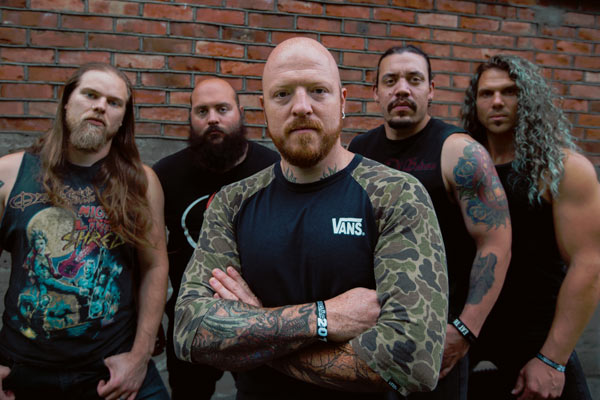 War of Ages’ convictions are as deeply rooted in strength through spirit as their music is based in intensely heavy but melodic and catchy metal and hardcore.

War of Ages can easily be pegged as a highly motivated and driven band. Nothing provides more irrefutable proof of their dogged determination than their impressive and extensive touring history which includes playing alongside Terror, Living Sacrifice, Demon Hunter, Underoath, Hatebreed, Sick of It All, Throwdown, Earth Crisis, and many others.

Formed in 2002 under the moniker Point Zero, the band issued its first album under the name War of Ages via Strike First Records in 2005. The buzz from that album carried the group over to Facedown Records for their sophomore outing, 2006’s Pride of the Wicked.

2008’s Arise and Conquer and 2010’s Eternal showed the band spreading their metal wings. 2012’s Return to Life was recorded with and engineered by Zeuss (Shadows Fall, Hatebreed) at Planet Z Studios. On 2014’s hard-hitting Supreme Chaos, the band stepped into deconstruction territory, approaching the recording process with a structured plan of “writing metal songs, ripping them apart, and adding powerful new elements.” Recorded with Josh Barber (Norma Jean, EISM) and mixed by Will Putney (Impending Doom, For Today), Supreme Chaos got the royal treatment from some of the finest sound engineers in the business. The album debuted at #107 on the Top 200, #97 Current Albums, and #17 on the Hard Music chart.

“Alpha” is War of Ages’ eagerly awaited follow up to Supreme Chaos was produced by Jason Suecof (Trivium, All That Remains, August Burns Red). “Alpha” is expected to be released late in 2017.