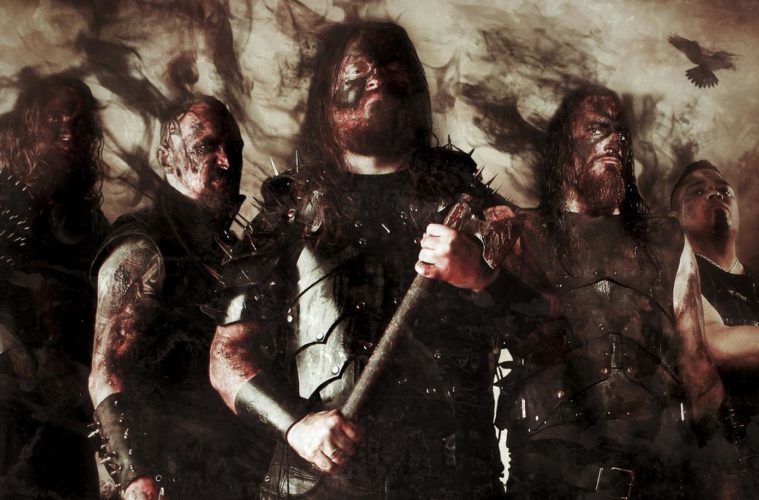 Dutch EPIC EXTREME METAL band SLECHTVALK started out as a one-man project in 1999 by founder Shamgar. The debut album ‘Falconry’ was released in 2000 by FEAR DARK and received excellent reviews for its raw and symphonic Black Metal.

A full band was formed (including Jesse Vuerbaert [ex-HEIDEVOLK] as Ohtar) and as such SLECHTVALK recorded and released its 2nd album ‘The War That Plagues The Lands’ and a Split-CD with the Indonesian Avantgarde Metal act KEKAL in the year 2002.

In 2003 SLECHTVALK began performing live, wearing medieval costumes and armour. Due to its unique live-appearance, the band recorded a live-show in 2004, which was released together with the 3rd album ‘At The Dawn Of War’ in 2005.

Between 2006 and 2008 the band underwent some line-up changes, although the group still did some small tours with bands such as MÅNEGARM, SKYFORGER and SUIDAKRA.
In 2009 SLECHTVALK signed with WHIRLWIND RECORDS celebrating their 10th anniversary with the compilation album ‘An Era Of Bloodshed‘.
The band released their 4th album ‘A Forlorn Throne’ in 2010, which was produced by Johan Örnborg (Studio Mega) and mixed & mastered by Jens Bogren (Fascination Street).
This album featured guest-vocals by Erik Grawsjö (MÅNEGARM) on several tracks and artwork by Raymond Swanland (known for his work on Magic: The Gathering).

Following the slow demise of WHIRLWIND RECORDS shortly after the release of ‘A Forlorn Throne’, the formation sent out submissions to various labels.
Although they received some offers, the band decided it was better to record a new album first, because new work sparks the interests more than older work.

After having launching a succesfull crowdfunding campaign in 2015, SLECHTVALK recorded their new album ‘Where Wandering Shadows And Mists Collide’ with producer Lasse Lammert (known for his work on GLORYHAMMER, ALESTORM, SVARTSOT). The noble frontcover artwork was again done by Raymond Swanland.

During the years, SLECHTVALK has shared the stage with many renowned bands in the scene such as:
SEAR BLISS, CARACH ANGREN, ELUVEITIE, ENDSTILLE, GLORYHAMMER, HEIDEVOLK, KAMPFAR, MÅNEGARM, SKYFORGER, SUIDAKRA, SWALLOW THE SUN, TYR, VARG, VREID and many more…