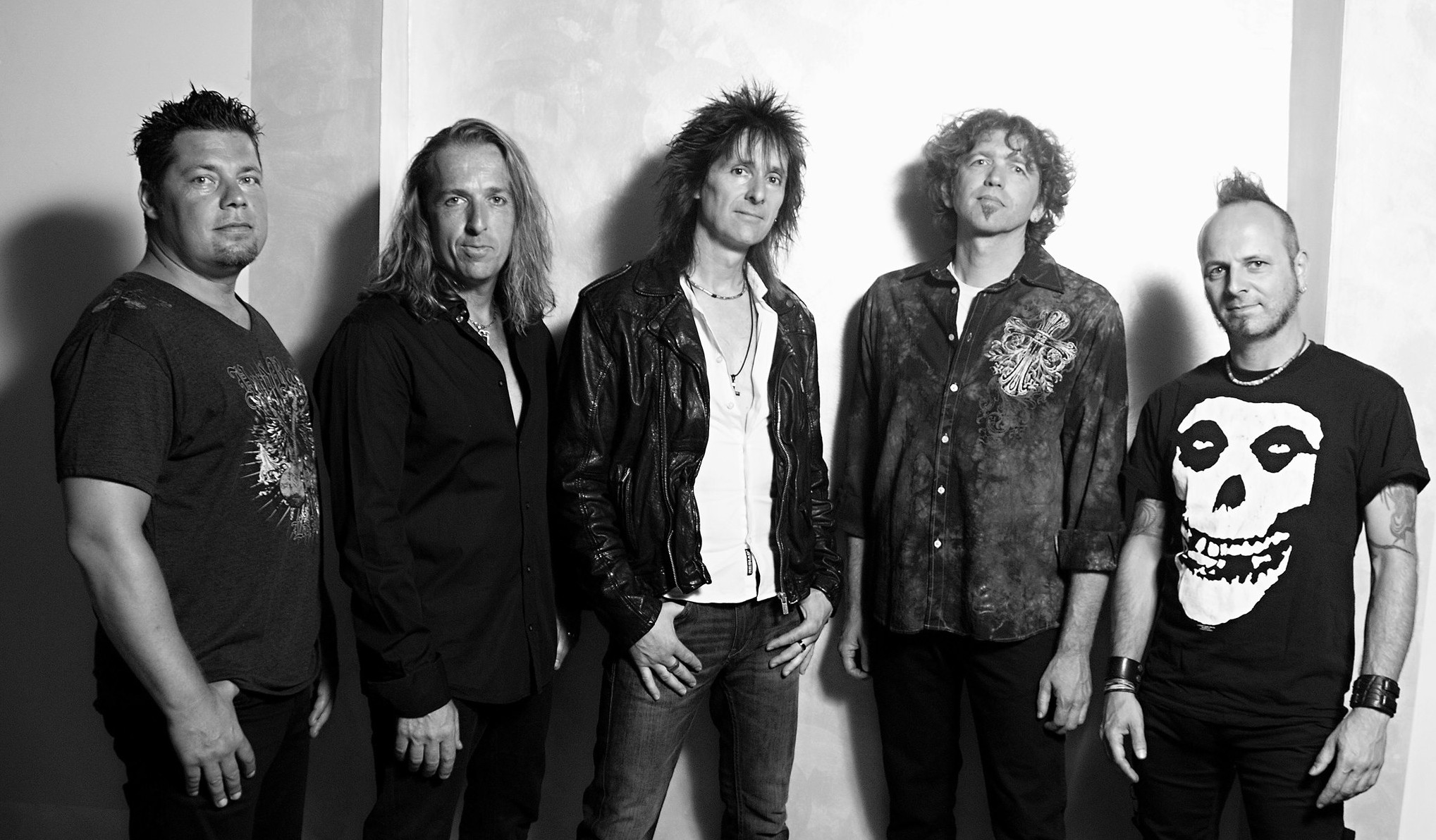 Dark Sky hails from Southern Germany and was formed by school mates back in 1982 in the German town of Rottweil. They had some problems, early on, with a record label that failed to release their recorded material. They released two demos before finally splitting up back in 1992. One year later, the band reformed and did various gigs but it wouldn’t be until 2000 that Dark Sky would finally released ‘Believe It’ . Then the band went on to release their sophomore album in 2002 called ‘Edge of Time’ then it would be three years before fans would see another release that hit the market in 2005 called ‘Living and Dying’. Then, after another three years, the band released their 2008 album called ‘Empty Faces’. From the early 80’s up to 2008, Dark Sky was mostly engaged in playing AOR-melodic Hard Rock/Metal music.

In 2012 Dark Sky signed with Pure Legend Records/Pure Steel Records to record a new album with a new direction. This 2012 release has the famous painting of The Lord’s Supper by Leonardo da Vinci and was called ‘Initium’ which in English means ‘Beginning’. This is an appropriate title due to the ‘Beginning’ of a new direction that the band was taking in their music style. Initium finds the band playing European Power Metal with Symphonic touches accompanied by big choir vocals wrapped up in an Arena Rock sound similar to bands from the 80’s era. Today, we are finding that more and more bands are trying to reproduce the 80’s style Metal in one way or another as we find with bands like ‘Desyre, Messenger, and Faith Factor and many more.

One thing that made the 80’s incredible was that most bands were known for their vocalist and for the unique sound that he or she delivered. Dark Sky has captured this magic in Vocalist Frank Breuninger. Frank delivers up the same diversity found in the 80’s as he sings with a unique and very distinct “Metalesque” voice register. Frank understands the genre well as he sings with grit and plenty of hooks and variation. I must say that he is one of the better vocalist that I have heard in the christian Metal realm.

Another cool thing about the 80’s Metal scene was the memorial power Ballads. Most Bands would at least have one ballad on each album. Dark Sky is no exception to this rule as they have placed not one but two power ballads on their ‘Initium’ 2012 release.The two ballads are “I Swear” and “Eternity”. Vocalist Frank Breuninger and the band really know how to do up a power ballad with all the hooks and progressive attitude that keep you coming back for more.