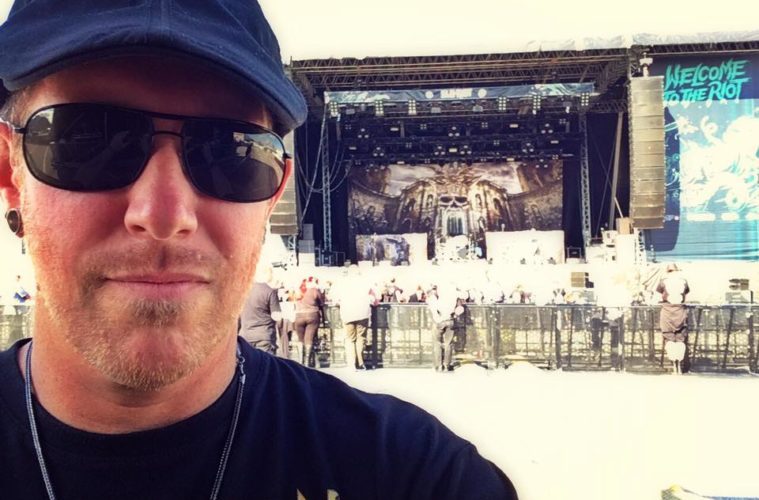 American speaker Ray LeGrand tends to be easy going, but will always tell it to you straight…

In his 45 years of living, the New York native has been immersed in the metal scenes as a vocalist, a stagehand / roadie, but first and foremost as a fan of Heavy Metal Music!

In 1984, Ray had no idea the significance a small back and white ad in the back of Circus Magazine would have on him… “The Yellow and Black Attack” just seemed to catch his eye for some reason and Stryper would be just the first of many Christian Metal bands that would touch his life. 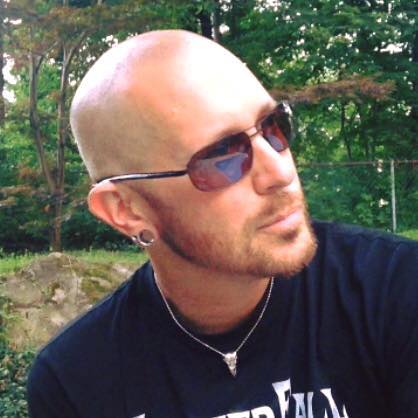 While living in Nashville, Tennessee, Ray was introduced to none other than “Heavy Metal Pastor”, Bob Beeman. Quite some time passed from this first introduction, but having started a work that was uniting the metal scenes in Nashville, Ray asked Pastor Bob if he would do a “Blessing of the Bands” at a showcase he was putting together. Bob agreed and asked if they could meet to discuss the details.

These meetings continued on a regular basis, gradually seeing others join the conversation and eventually, “Sanctuary Nashville” became a regular meeting in the LeGrand’s home.

In 2013, God began speaking to the LeGrand’s through the lyrics of several German Power Metal bands, but primarily Tobias Sammet from EdGuy / Avantasia. There seemed to be a sense of disappointment and dissatisfaction with a dysfunctional and institutionalized Church. This drove Ray and his bride of 20+ years, Patti, to explore the state of Spirit Filled / Bible Believing Christianity in Germany today; and what they found broke their hearts.

Not knowing when they would be able to leave for Hamburg, the city they felt drawn to, the couple decided to move their family from Nashville back to their home town in Upstate New York in the fall of 2014 in order to spend time with loved ones before leaving on mission.

Little did they know that in a matter of months, their world would be turned upside down as Ray was diagnosed with Stage IV Neck and Throat Cancer.

Although the doctors said this would be a very routine experience and that Ray should suffer with, “nothing more than some moderate throat irritation and slight weight loss”, Ray says that God told him to hold on for the ride of his life!!

Ray’s battle with cancer nearly claimed his life twice and left him with significant hearing loss, severe ringing in the ears, kidney damage, nerve damage, serious damage to his once majestic voice and a weight loss of approximately 100lbs / 45kg.

Ray remembers his wife’s words when she told him, “I’ve decided that even if you were to die, I will take our son Reagan and the two of us will mourn you and then leave for the mission field in Germany”. The question wasn’t “if” they were going, it was how many would make the journey…

Just weeks after being declared in remission, the LeGrand Family left New York with only three backpacks and two suitcases to begin their work with the German Refugee Situation and the European Metalscenes!